Musicians Who Have Tattoos Dedicated to Their Significant Others

Hollywood relationships might not always be permanent, but tattoos are! Billboard rounded up the all-star couples who got lovey-dovey tats in honor of their significant other. 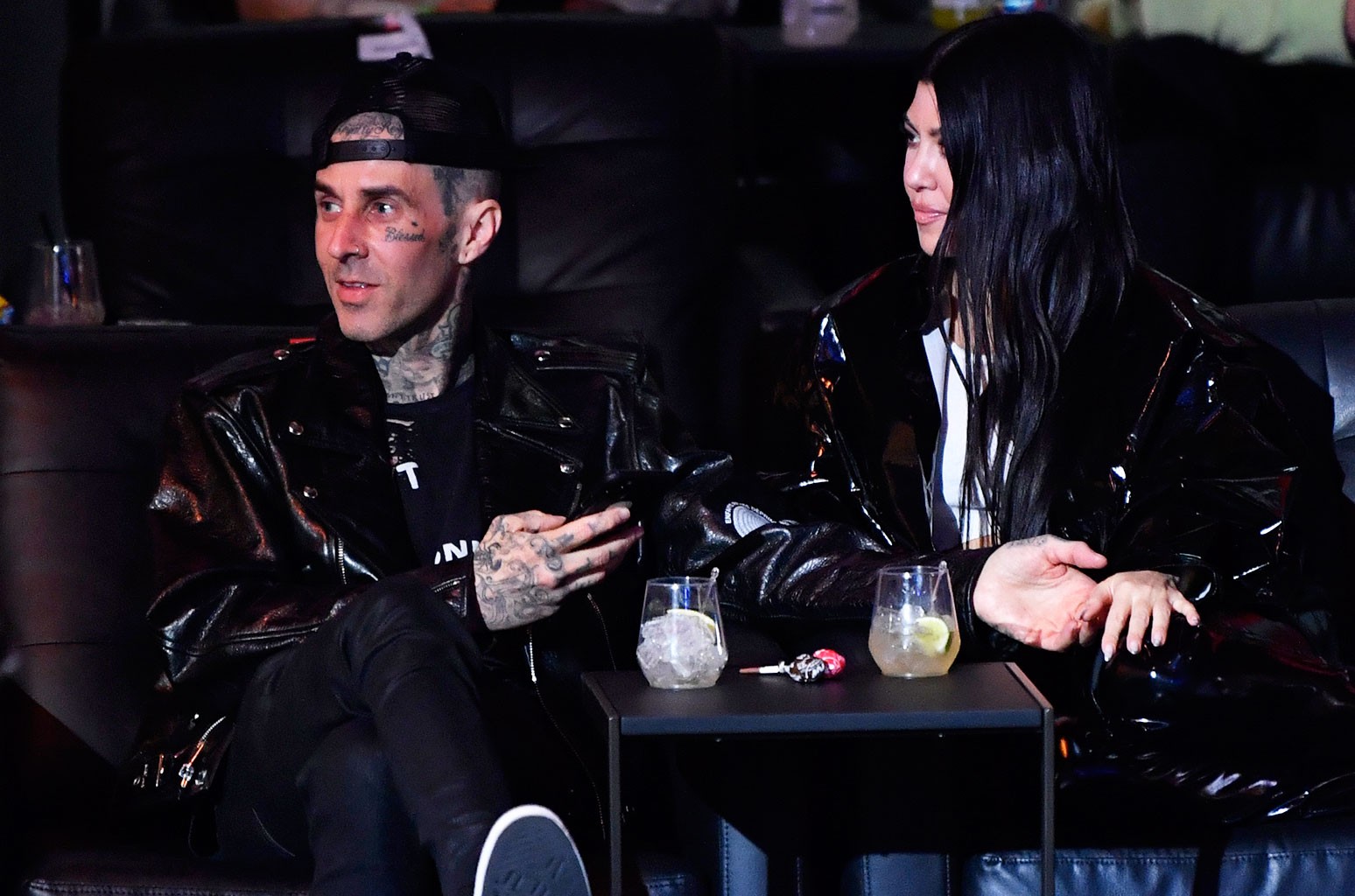 Hollywood relationships might not always be permanent, but tattoos are — unless they’re surgically removed. That hasn’t stopped the biggest musicians — Travis Barker to Justin Bieber — from getting their loved ones’ names, initials and even faces inked on their bodies.

Billboard rounded up the all-star couples who got lovey-dovey tats in honor of their significant other.

After making their relationship Instagram official on Valentine’s Day, Kardashian showed off her new nail art and the Blink-182 drummer’s new body art that of her name on his chest Friday (April 9).

While visiting the American Idol set on Monday, Jason Aldean let fans know that Luke Bryan has “his wife’s initials tattooed on his behind.” But it’s not the only body ink he has featuring Caroline Boyer’s name: The “Country Girl” singer told Good Housekeeping in a 2013 interview that they got each other’s initials inked on their ring fingers one Valentine’s Day.

The country singer himself got his wife’s nickname “Britt” inked on his wrist in 2019. Looks like she’ll always be his right hand.

Speaking of cheeky ink, the “Kisses Back” singer-songwriter honored his wife with a tattoo on his backside that reads “Hilary,” which he got last September. “Good luck winning a fight with your wife when her name’s tattooed on your butt cheek,” he captioned the picture on Instagram.

The country singer inked ‘The only one that matters” on her foot in January 2012, one year after she and Cibrian announced their engagement in December 2010, and we know the only one who that could be about.

Ok….here it is! It's dainty. All of my tattoos are very feminine pic.twitter.com/UAZvwpQc

The “U + Ur Hand” artist and Hart got matching “Tru Luv” tattoos on their second date, she told The Independent. Some might say that’s too soon, but so what? The couple eventually got married in 2006, separated in 2008, got back together in 2010 and have stayed together ever since a decade later. Sounds like “tru luv” to me.

To commemorate her late boyfriend, the Glee alum got the No. 5 inked into the side of her ribcage in 2016. “And one more.. for my Quarterback.. #5,” she captioned her IG post. Anyone familiar with the hit musical comedy-drama series knows No. 5 adorned the back of Finn Hudson’s football jersey at McKinley High, whom Monteith portrayed for four seasons.

The Spice Girls alum and pro soccer player could be considered the king and queen of love-inspired tats. She got the Roman numerals VIII-V-MMVI tattooed on her right wrist, which represents the May 8, 2006, date of the famous couple’s renewal of their wedding vows; the Latin phrase translated to “Again from the start” in honor of their family’s new life in America when they moved for her husband’s stint with the LA Galaxy; his initials “DB” on her left wrist; the Hebrew phrase translated to “Together, forever, eternally” inked right above his initials in honor of their 10th wedding anniversary; and another Hebrew poem translated to “I am my beloved’s and my beloved is mine” down her back. She’s lasered off these romantic tributes — most notably her back tat — but the removal of her David-inspired ink has nothing to do with the state of their marriage and more to do with cleaning up her physical aesthetic.

Prior to their 2008 wedding, the two lovebirds promised to have each other’s backs forever — and got each other’s names tattooed on their backs. The Nick Cannon Show host had a giant “Mariah” emblem across his back, while the Grammy-winning superstar had “Mrs. Cannon” written down the middle of a butterfly on hers. Cannon later addressed their separation and his tattoo during a 2014 interview. He decided to honor Jesus always having his back by rendering a massive religious design in place of “Mariah.” As for the Butterfly singer, she altered the butterfly design on her lower back so that his name was completely covered up.

During his 2016 GQ cover video, Bieber admitted he was trying to cover up the ink inspired by his ex Gomez. “This is my ex-girlfriend so I tried to cover her face up with some shading but people still know,” he said.

Like her “Stuck With U” collaborator, Grande covered up her “Pete” tattoo on her ring finger dedicated to her former fiancé with a black heart with an arrow in 2018. Stuck with u, no more.

She also covered up the “8418” she had inked on her left foot, which symbolized the firefighter badge number of Davidson’s father, who died on 9/11, with “Myron,” the name of her ex-boyfriend Mac Miller’s dog that Grande took in following his untimely death in 2018. She points out the new “Myron” ink in the behind-the-scenes video of her “Thank U, Next” music video.

The three-time Grammy-winning Latin artist had his ex-wife’s name “Jennifer” tattooed on his right wrist, which he later covered up with tribal art following their divorce in 2011.

In June 2010, the pop star and her then-fiancé got matching Sanskrit tattoos on the inside of their right biceps that meant “Go with the flow.” Following the Get Him to the Greek actor’s proposal in India during their Jaipur vacation, the former couple tied the knot in a traditional Hindu ceremony in October before calling it quits two years later.

Brexit bites: Britons who own homes in the EU wrangle with red tape

NLE Choppa Gloats Over His 8-Figure Wealth After A$AP Bari... 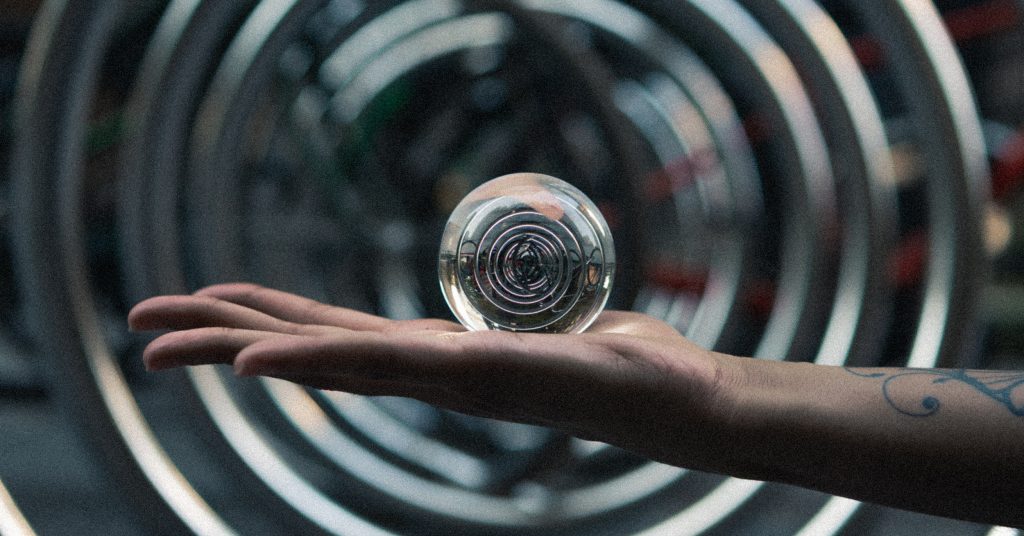 Dealing with Dirty Genes: How to Optimize Your Diet and...

Methylation expert Dr. Ben Lynch walks you through how to identify and treat MTHFR,...

Six people were arrested Monday after scaling steep terrain around the iconic Hollywood... 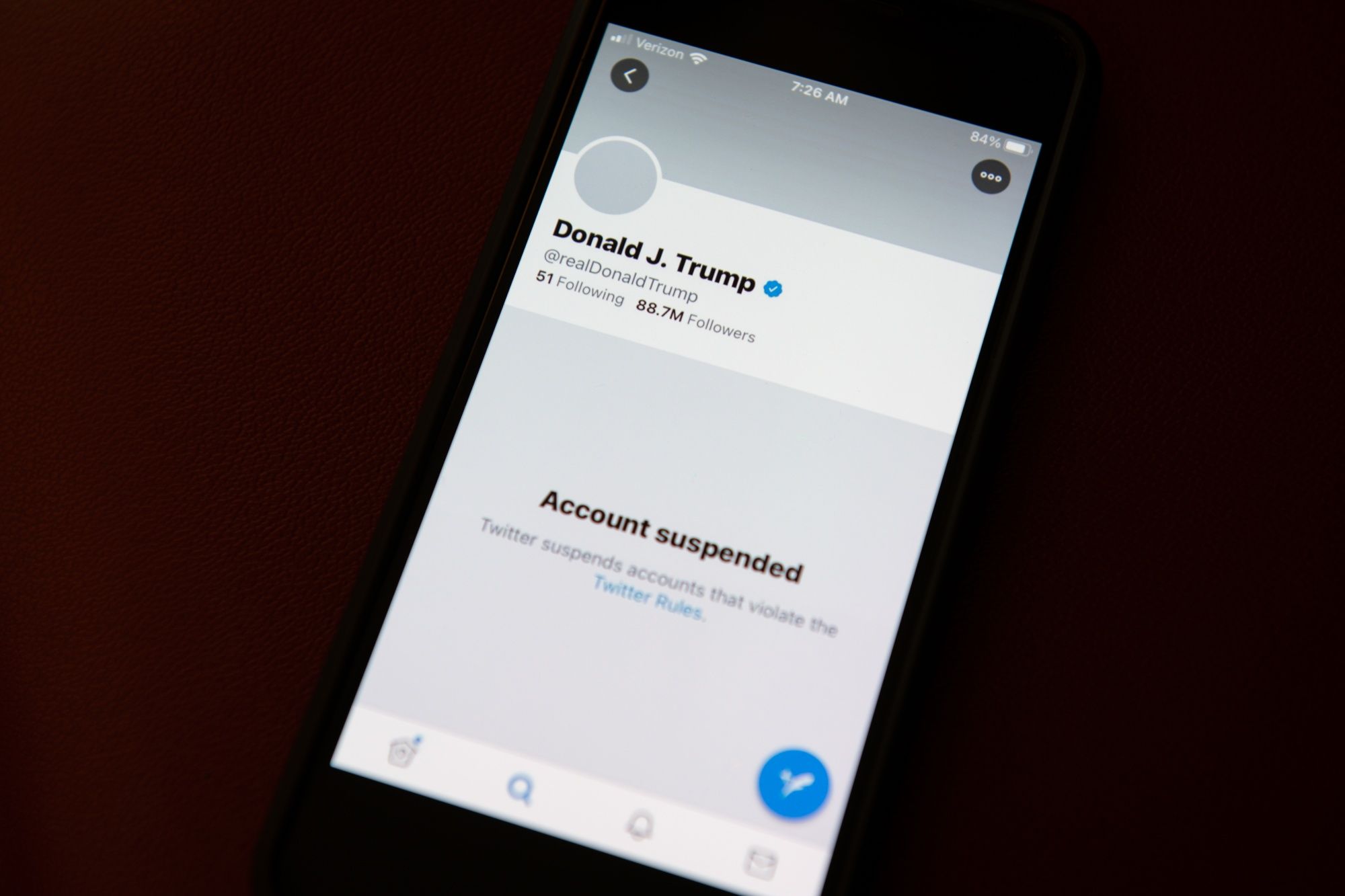 In a report, NYU researchers call conservative claims of...

Plus, see other celebrity couples enjoying time together. 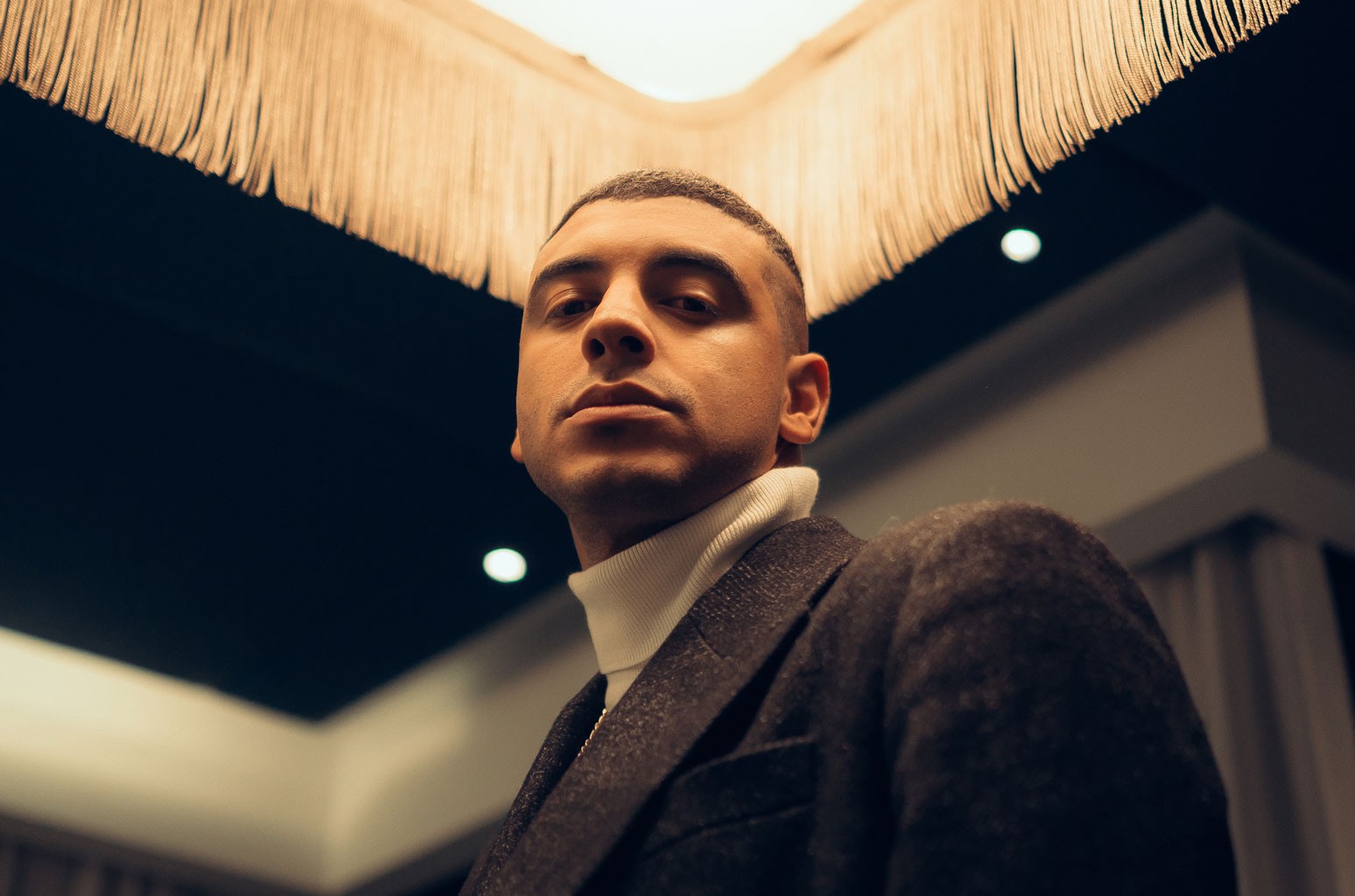 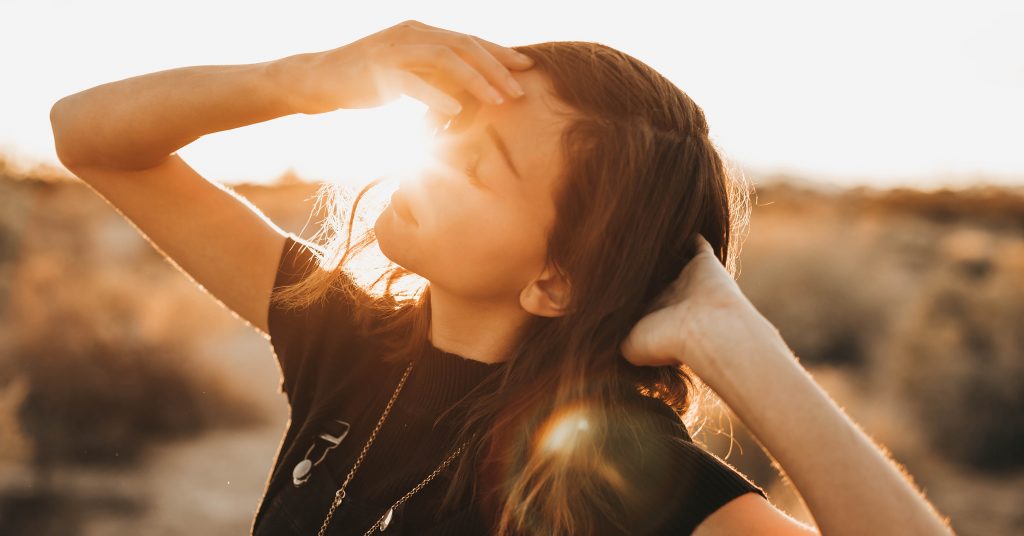 Mind Over Body: How to Rewire Your Subconscious Mind for...

Your mind is a powerful force. Discover how to harness the hypnotic power of the...

Resurgence of violence threatens to drag N Ireland back...