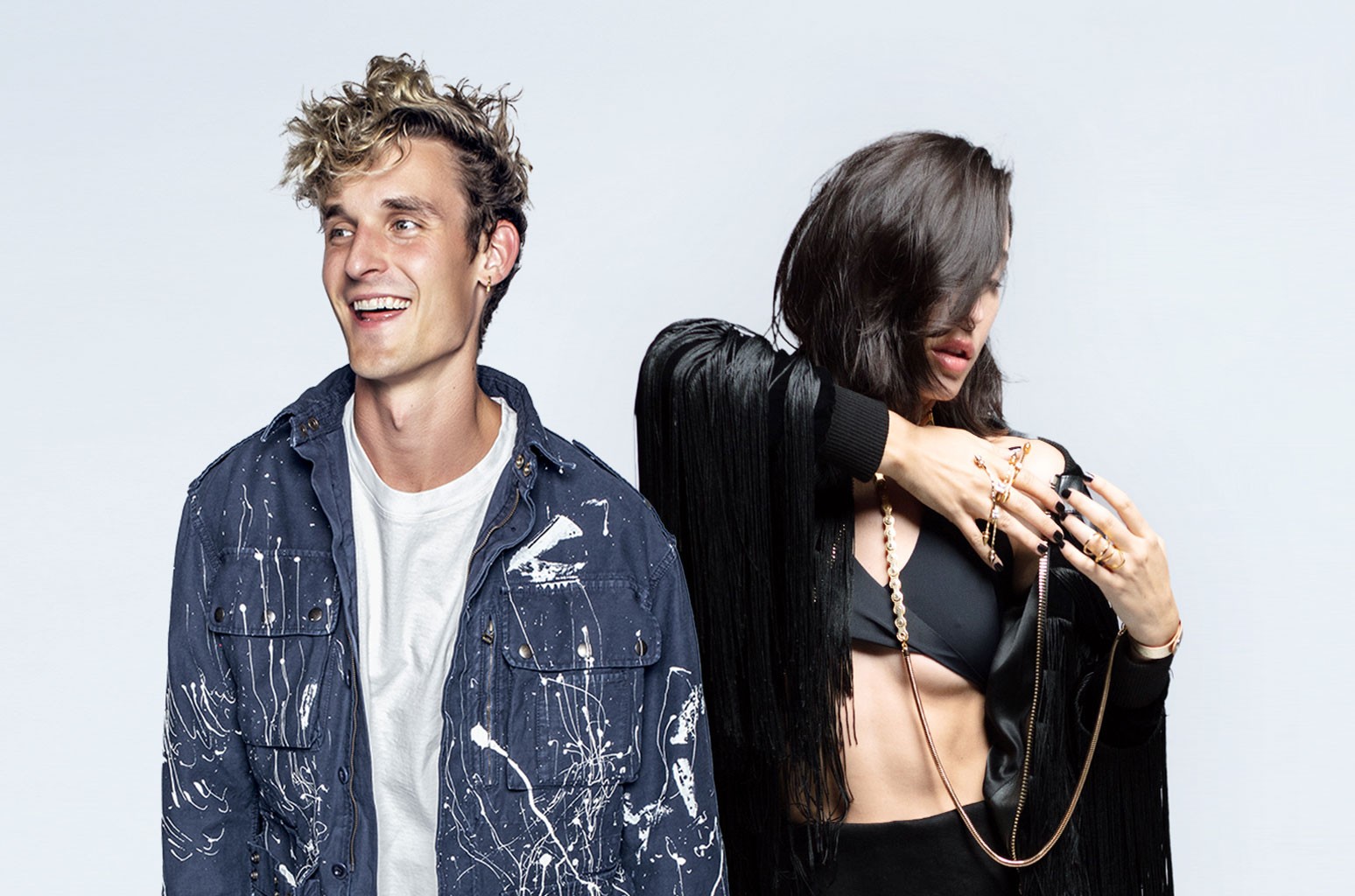 This week saw some big moves in the dance world, with The Weeknd’s manager (and recent Billboard cover star) Sal Slaiby joining the Swedish House Mafia team as manager, Electric Daisy Carnival Las Vegas officially getting the green light to happen in May, a lawsuit citing sexual abuse and other charges being filed against Bassnectar, Rüfüs Du Sol announcing a November stadium show and an official Avicii biography being announced for release that same month.

In the midst of all this, we got new music from a crew of crew of artists who together demonstrate the depth and breadth of the scene. Let’s dig in.

Pleasure State — the trio of Lee Foss, MK and Anabel Englund — wasn’t just a supergroup: it was a mindset, a portal to blurry summer nights spent swaying beneath the palm trees. But like many things, this state of pleasure was fleeting. After delivering suave hits like “Electricity”
and “Ghost in the System,” the group went dormant in 2014 as its members continued their solo careers, sometimes with one another (in fact Englund and MK’s single “Underwater” is currently No. 1 on Dance/Mix Show Airplay) but not altogether — until now.

For the 100th release on Lee Foss’s Repopulate Mars label, Pleasure State has reunited on their Break Away EP, which takes us right back to the early 2010s’ golden days. On the title track, the production is deep but bumpin’ with its melancholic chords and bouncing bassline. Meanwhile, Englund’s voice and song-writing ring clear as the voice of reason in this mini-narrative about finally leaving a failed relationship in the rearview mirror, perhaps by way of a soul-searching drive down the coast, past all those palm trees. – KRYSTAL RODRIGUEZ

Elohim & Griz, “Bring Me Back”

This new power duo collab is the result of a mutual artistic crush. “I’ve always been a fan of Griz and his message, his connection with his audience and his musicianship,” Elohim says in a press release, in which Griz simply adds “Elohim is one of my favorite people.” From this musical friendship emerges “Bring Me Back,” a warm breeze of a house track built from Griz playing keyboards over shuffling 4/4 and a sinewy synth line and Elohim gently urging that “I need you to bring back” as the production lifts into a full on day party. You can almost taste the White Claw.  An equally refreshing change of pace from the harder sounds Griz has been working with lately, “Bring Me Back” screams “springtime” and is out now via Elohim Music. — KATIE BAIN

Remember when you wished you had more time to stay at home and relax? Covid-19 taught us to all be careful what we wish for, but quarantine also offered a lot of time to reflect on what matters the most for us. Introspection is always better with a moving soundtrack. You need something that’s emotionally-compelling but not overly distracting. For that, we humbly suggest Juuku’s Warmth EP, a seven-track exploration of all things inner space set to beautiful synth melodies and jazzy rhythms. Plus, the textures are really nice.

“This EP represents me searching for warmth in this cold world,” the artist says in an emailed statement. “It is a journey of self reflection, exploring my tragic and joyful experience to piece together my identity. Throughout this journey, I look for pieces of myself along the way, deciding whether to take them with me or leave them behind.” We’re gonna go ahead and leave behind the anxiety and trauma of 2020, if we can, but we’re totally bringing Warmth with us into the future. – KAT BEIN

In her debut release for Jamie Jones’ Hot Creations label, Monki has gifted us hands-in-the-air gold in the form of Yurican Soul.
The title track, Monki told DJ Mag, was “inspired by one of my heroes Louie Vega and the old school sound of New York.” Channeled through her production chops, that NYC sound flies overseas to Ibiza, delivering a deep tech groove that sounds at home everywhere from the beach to the club terrace to a strobe-lit dancefloor. The Spanish vocal is smooth and catchy, and its percussion naturally drives the hips; the addition of a sneaky acid synth line snaking its way to the forefront paints a much-missed picture of a sweaty crowd peaking and unraveling by the confetti-coated eight-count at 3am. — K.R.

Yes, that’s right, Rain Man is back. (Again.) The producer born Kris Trindl has had a string of releases since his litigious departure from Krewella back in 2014, and today he extends his narrative (and catalog) with his first new music since 2017. A collab with Las Vegas-based vocalist Oly — who originally linked with Rain Man on 2016’s “Bring Back The Night” and who this time around gives light Lady Gaga vibes — “Still Young” is pretty damn fun. A swirling cacophony of layered beats and synths, the track builds to a sizeable peak that relies largely on Oly’s hooky melody and which pleasantly lingers in the brain well after the track is done.

“It feels like a powerful reminder that everything is possible, and all of our hopes and dreams are right in front of us,” Trindl says of the song in a press release. “All we have to do is reach out and grab them.” – K. Bain

Esseks, “Watching From a Distance”

If you like your music to sound like a playground for your ears, get ready to put on some knee pads, as NYC producer and illustrator Esseks just dropped a totally wicked soundscape on Deadbeats. “Watching From a Distance” comes to life in wiggly synth lines and plinker-pop beats. It’s not quite like anything we’ve heard before, kind of like a song made up of sound effects. It’s even got some mean bass to it, and it makes us want to dance around the house doing our best wet noodle impression. This wonky-little wonder is the lead single from Essek’s forthcoming LP The Villain’s Journey, “a small piece of a bigger picture,” as the artists says in a press release. — K. Bein

Musicians Who Have Tattoos Dedicated to Their Significant Others 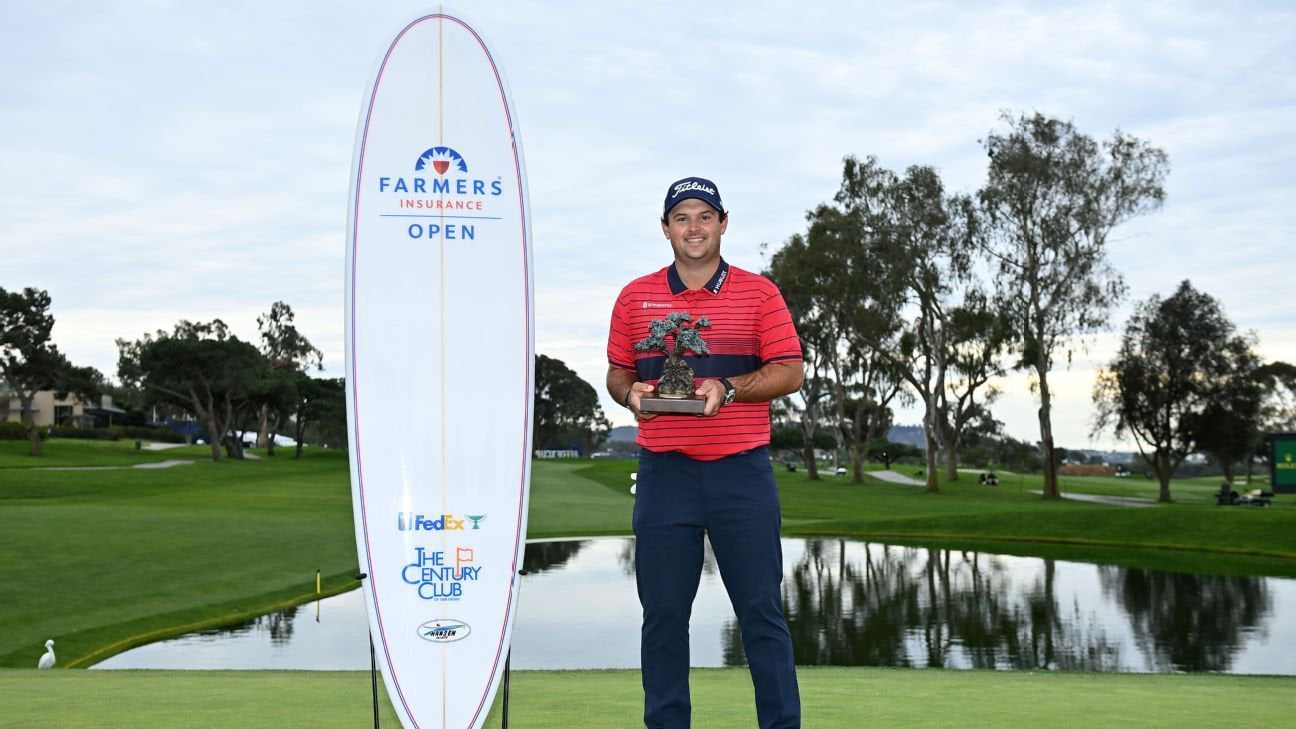 21 universities across the United States are teaming up to answer this question... 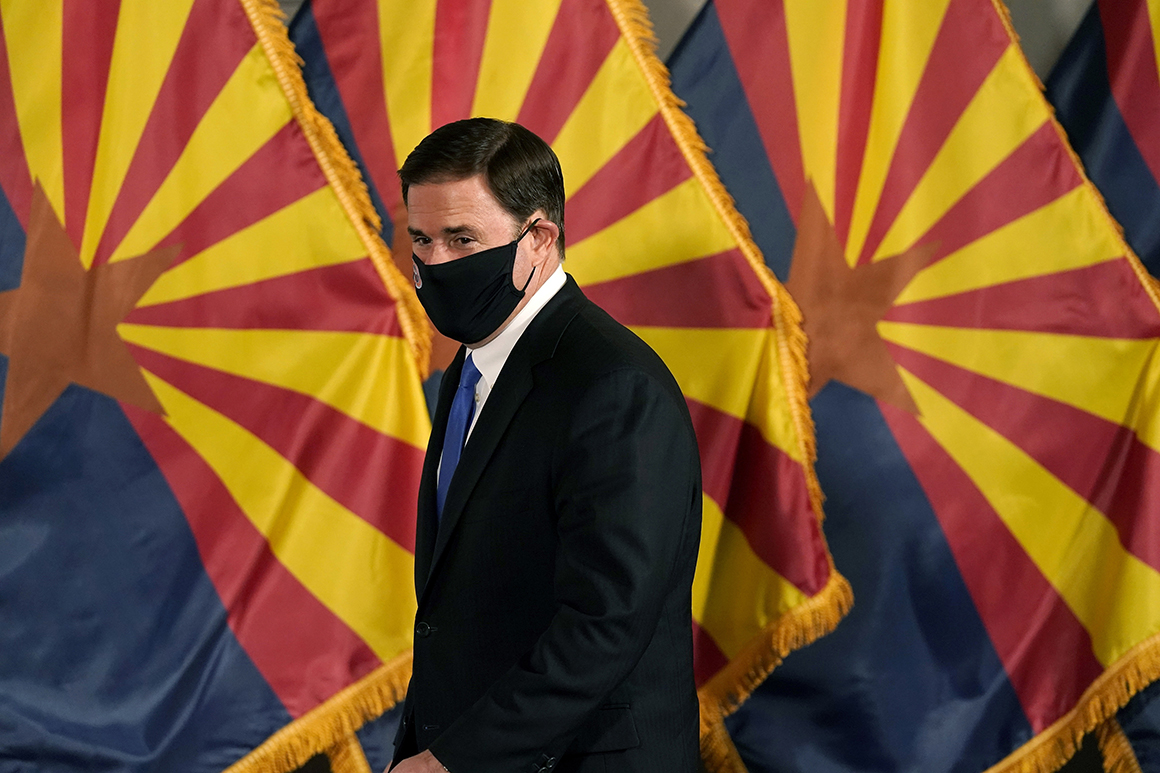 Arizona governor says state GOP's censuring him is 'of...

“I think that the state party chairman should focus on winning races," Gov. Doug...

Brexit bites: Britons who own homes in the EU wrangle with...

Bureaucracy has increased for everything from taxes to tea bags With Ozil out & funds freed up the summer window will be...

The former Gunners striker says the Spaniard has to get his transfer dealings “right”... 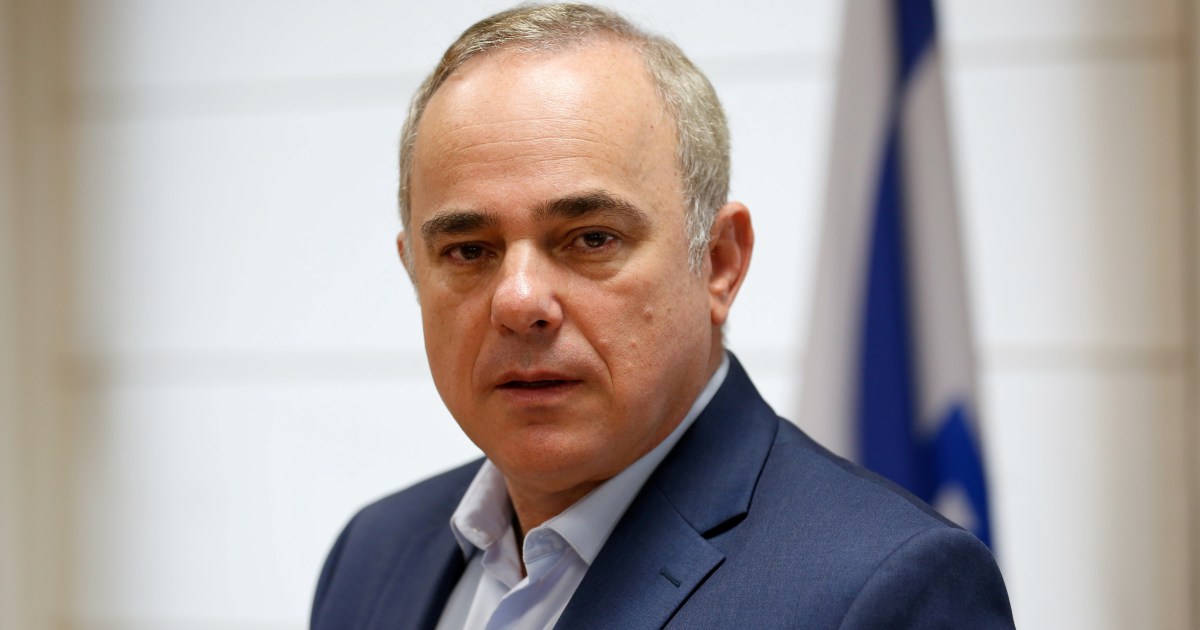 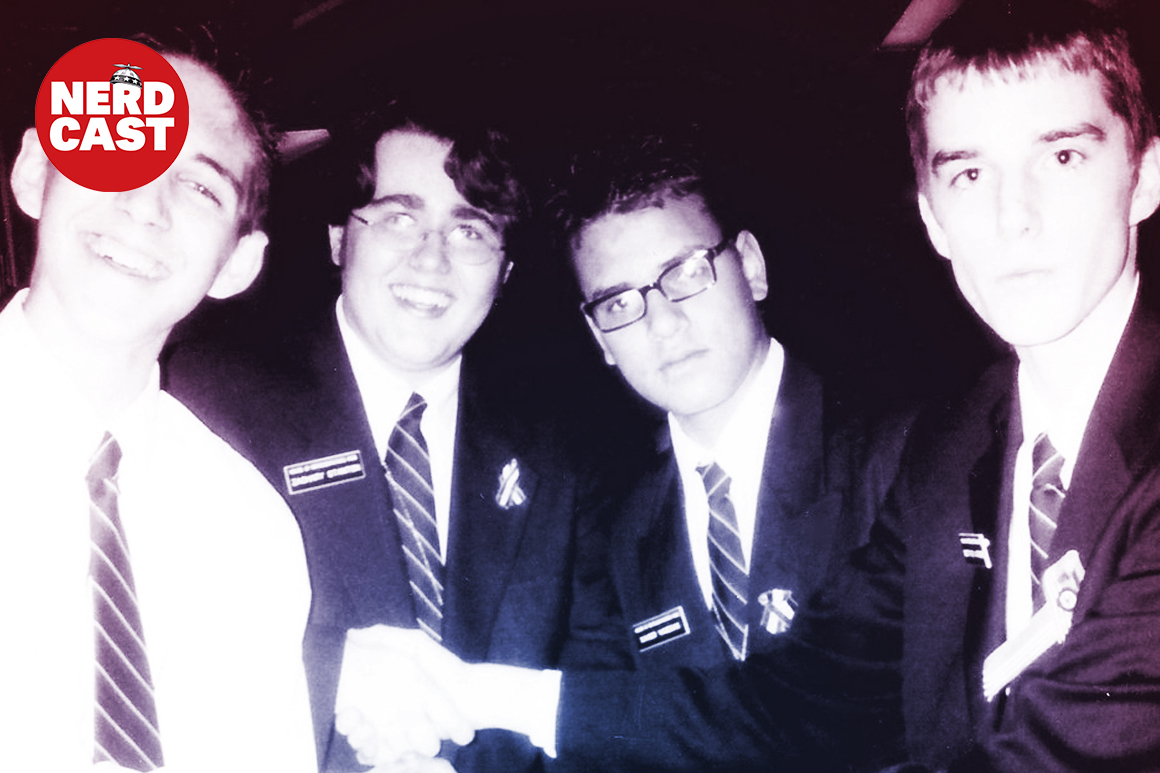 The page who took down the GOP

This week's episode of Nerdcast 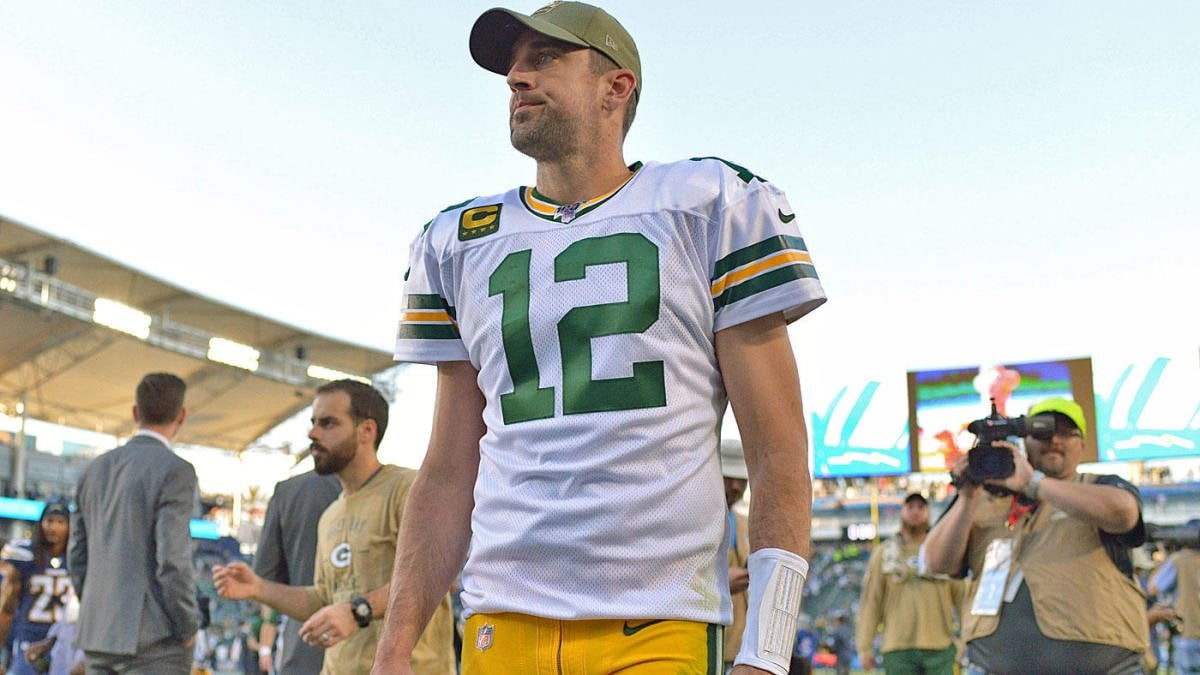 Rams tried to trade for Aaron Rodgers before acquiring...

Column: My dad was a COVID-19 skeptic. But he got vaccinated,...

Toxic masculinity is a hell of a preexisting condition to have during a pandemic.... ‘Had Lampard signed Grealish he’d still be the Chelsea...

Another change in the dugout has been made at Stamford Bridge, with the struggles...